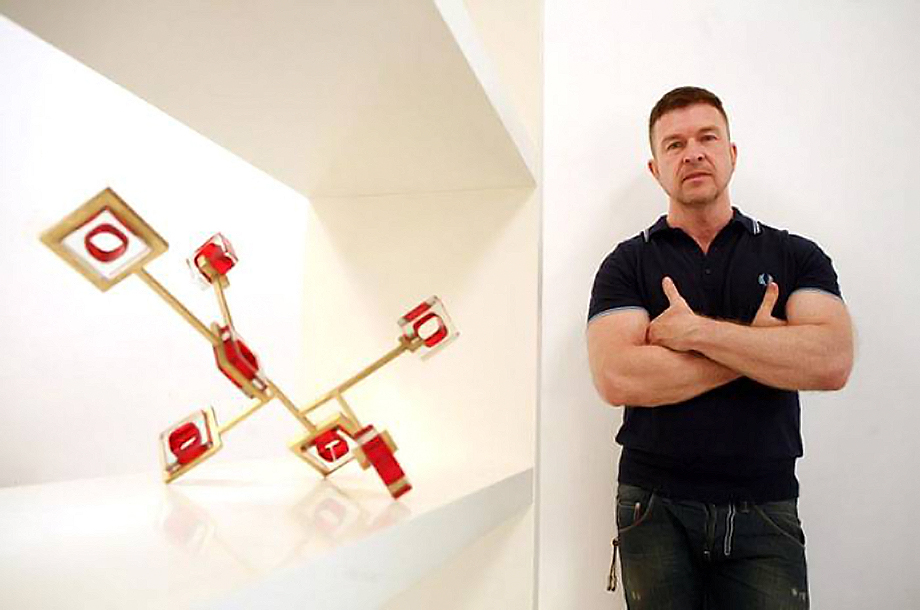 
It comes as something of a surprise to learn that Gareth Devonald Smith’s elaborate chandeliers, which wouldn’t look out of place at the court of Louis XIV, are fashioned from reclaimed copper. His shimmering Sun Moon creation, a fantastical construction studded with gems, takes two or three months to make, and is part of a collection of chandeliers and sconces, alongside lamp bases with a more modern, sculptural feel to them, that Smith is making out of recycled copper for Eco, a green interiors store owned by Colin Firth and his wife Livia Giuggioli.

“I’ve always had a copper scraps box,” says Smith, “and when I moved to my current workshop, a neighbour had a lot of copper tubing left over from a plumbing system, which he gave to me.”

The Eco team spotted Smith’s work in House & Garden last year. “It’s a brilliant idea,” says Smith of the store. “Because of their sustainability ethics, you know everything in it has come from reclamation and has been thought about.”

After training as a textile designer, Smith learnt silver soldering while sharing a workshop with jewellery designers, and started working with copper three years ago. Each piece is distinct and Smith does intricate floral designs as well as more architectural, geometric shapes. He sees his light fittings as sculptures rather than just household objects. If his work seems unusual, it’s because he tries not to be influenced by other designers’ work. “I work in a bit of a vacuum. People say my work has an odd quality to it, and I think it’s because I work from inside myself, rather than looking outside,” he explains.

Smith makes each piece to order, and is currently designing some for a new Gordon Ramsay restaurant opening in Mayfair this year. Reclaimed copper is getting harder to find, though, as escalating prices mean that more people are removing the copper from their waste before throwing it out. It seems credit-crunch thrift is boosting the popularity of recycling, which can only be a good thing.